A return to the routine is normally the case in January.

The Daughter and I started our Winter Term the first week of January, and #1 Son headed back to GMU mid-month. But within a week, whatever virus was making the rounds of our various communities was well established in our home.  The Daughter fought what seemed like three different variations on a viral theme over a three-week period resulting in missed AHG meetings, missed YMV classes, missed piano lessons, missed home group. She missed a lot.

We attacked each set of symptoms with the usual remedies that usually work: bone broth, vitamins, Mucinex, eucalyptus showers, elderberry tea with honey and lemon, saline spray etc.  But we curtailed our schedule a great deal either to avoid spreading the joy, or because she just didn’t feel well.  My January calendar is full of crossed out activities with a notation “cnclld – sick.”  Fortunately, she was healthy enough to attend her AHG Court of Awards.  She also kept her Sunday commitment to Park Place Church.

We did manage to get some work done at home. The Daughter started some new books, Rise to Revolution, by Jeff Shaara,  Lion of Liberty: Patrick Henry and the Call of a New Nation by Harlow Unger, Last of the Mohicans, by James Fenimore Cooper, and together we read Alexander Pope’s Essay on Man, started Shakespeare’s The Tempest, and finished Longfellow’s Song of Hiawatha. With the start of the General Assembly we also began our weekly encouragement cards to our assigned legislators for the Virginia branch of Concerned Women of America.  We watched the new (to Netflix) episodes of Foyle’s War, and a wonderful documentary Note by Note: The Making of Steinway L1037.

Since off and on during the month, I was also on the couch fighting off a lighter version of what The Daughter had, I watched more tv that usual. A child of the cold war, I like spy movies, and enjoyed  A Man Most Wanted, based on John Le Carré’s novel of the same name.  I also watched The Impossible Spy (about Eli Cohen), and the very odd, but beautiful production of Anna Karenina.

I made reservations back in November with Homeschool Educators Association of Virginia to attend Legislative Day at the Capitol (of Virginia), and was really looking forward to this field trip at the end of the month.  Thursday co-op classes had prevented us from participating in the past, so I was excited we could go and really did not want to cancel. Because The Daughter is reading about the revolutionary period, I was particularly delighted that there would be a reenactment of Patrick Henry’s speech at St. John’s church in the afternoon. And, two key pieces of legislation that were extremely unfriendly to homeschooling were on the schedule, so a strong homeschool presence would be timely and perhaps helpful.  Mr. Garner drove us to Richmond and dropped us off at the Library of Virginia where we were to pick up tickets, and listen to the opening speeches.

Well, The Daughter was valiant, she was patient, she smiled for the pictures, she walked from place to place in the snow, she listened to a lecture at Supreme Court of Virginia, and observed the Senate gallery and even enjoyed the tour of Virginia’s beautiful Capitol building.  She hung in there until almost 2 pm, at which time she told me that her head hurt so bad she couldn’t stand it.  A quick text and Mr. Garner came to pick us up early, we skipped the Patrick Henry speech (sigh…) and headed home, but not until after a sudden detour for extreme nausea.  Can I just say, I did not feel like Homeschool Mom of the Year the rest of the way home.

She woke up the next morning with a fever.  This time, I conceded defeat and took her to the doctor, who prescribed z-pak, which knocked it out.  In the meantime Mr. Garner called over to YMV with yet another sick notification and discovered she was in good company. About half of the girls in high school choir were sick. So, that evenings performance in the YMV Talent Show was crossed out “cnclld – sick.”  The music theory test on Saturday morning was crossed out “cnclld-sick.”   Her friend’s Stars and Stripes Ceremony and Reception, yep, “cnclld-sick.”  A badge meeting at her leader’s house, “cnclld-sick.”

Later that day, we got a text and then the doorbell rang.  The Daughter’s AHG leader dropped off a stack of homemade Get Well Cards from her unit, and a Care Package with chapstick, chicken soup, vitamin C powder, cough drops, hand sanitizer, tissues, Chamomile tea and honey! We love our AHG friends!

“A good snapshot keeps a moment from running away.”  Eudora Welty 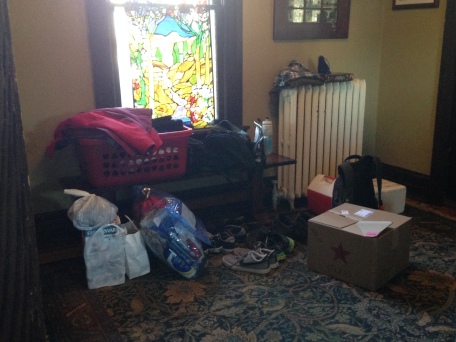 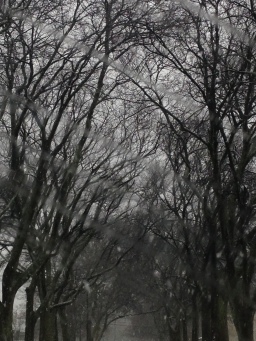 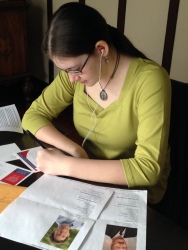 Writing to Virginia Legislators for Concerned Women of Virginia

Obligatory pic in front of the Capitol Building. 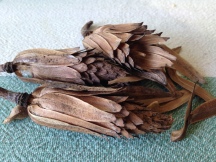 Fun Kit of Cold Survival Supplies and homemade “Get Well” cards dropped off by The Daughter’s AHG Leader! We love our AHG troop!

Nature is too thin a screen;
the glory of the Omnipresent God
bursts through
everywhere. 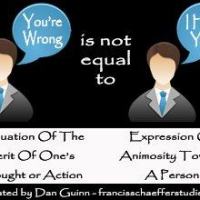 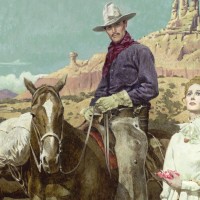 All photography and writing, unless otherwise attributed, protected by copyright 2009-2020 Sara Garner. All Rights Reserved.