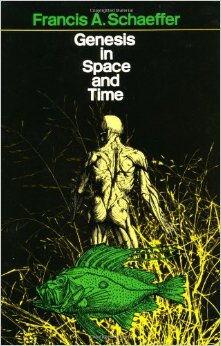 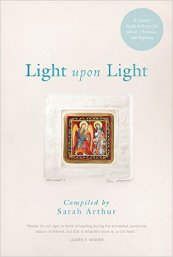 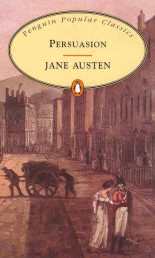 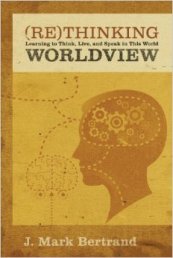 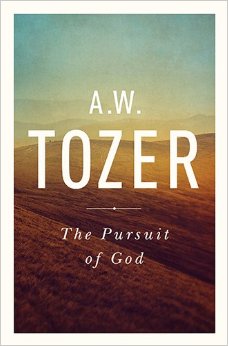 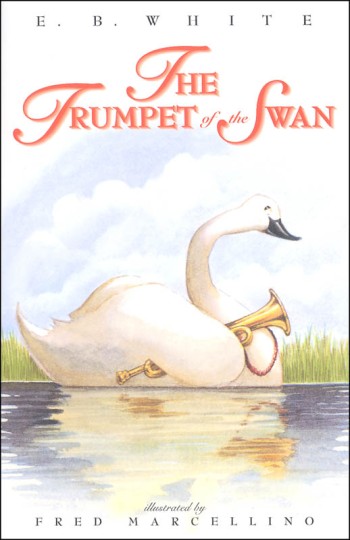 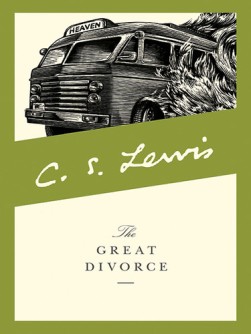 In order to pull together a post to recap my year of reading for 2014, I flipped back through my Year in Books journal, a composition book in which I log the books, and the date and key quotes.  Reading through my notes, I find that the words I recorded still resonate. So many good books, I had to share!

The Scarlet Pimpernel, Baroness Orczy –  Beautiful writing and a compelling love story set amidst the bloody treachery of the French Revolution.

Think: The Life of the Mind & the Love of God,  John Piper
This book addresses the anti-intellectualism in many churches and how Christians are unprepared to “give an answer” because we have not studied Scripture, and have not “engaged our minds in knowing him truly and our hearts in loving him duly.”  This quote on the lack of saving faith in the church is particularly revealing of what Christian worship has become based on what we experienced while we were seeking a church:

The Daughter of Time, Josephine Tey – This book is on the AO Y8 list. Tey cleverly approaches the alleged crimes of King Richard III centuries later from the perspective of an injured detective whose boredom causes him to investigate all available historical resources and documents from his hospital bed.  The Daughter and I both loved it!

The Pursuit of God, A.W. Tozer – To have found God and still to pursue Him is the soul’s paradox of love.

The Man Who Was Thursday, G.K. Chesterton – It’s the ending.

The Silver Chalice, Thomas B. Costain – I read Quo Vadis in 2013, and was looking for another great novel of the same period.  This novel is not its equal, but was engaging.

Looking for the King, David C. Downing – A light mystery that takes place in proximity to the delightful Inklings.

The Great Divorce, C.S. Lewis –  A truly stunning, deeply insightful book.  This book was instrumental in pushing and prodding me toward a state of true forgiveness regarding people whose actions had caused our family pain.

Trumpet of the Swan, E.B. White – I did not read this with my own children, but it is delightful! Looking forward to reading it to the grand-kinders!

Genesis in Space & Time: The Flow of Biblical History, Francis Schaeffer  –  Schaeffer needs no introduction. One of many quotes…

The word Babel is interesting because it is given two different meanings.  Genesis 11:9 says “Therefore is the name of it called Babel; because the Lord did there confound the language of all the earth.”  In Hebrew the word Babel means confusion.  The Babylonians themselves used the word to mean “the gate of god.” So the Babylonians said, “We are the gate of god,” and the Jews said, No, you are confusion.”  Throughout Scripture, right up to the Book of Revelation, the concept of Babylon stands crucial.     (Chapter 6)

The Deadliest Monster, J.F. Baldwin –  This book, and the Bertrand book listed below are both recommended Worldview books for high school. I wanted to pre-read them in order to plan this portion of The Daughter’s home education.  They both build on the foundation of great 20th c Christian apologists – Lewis, Schaeffer, Sayers.  Baldwin’s very accessible approach in The Deadliest Monster is to compare Robert Louis Stevenson’s The Strange Case of  Dr. Jeckyll and Mr. Hyde and Mary Shelley’s Frankenstein and the way the authors and the characters approach choice, responsibility and sin nature as a way of comparing worldview.

Re-thinking Worldview, Mark Bertrand –  Bertrand doesn’t just analyze worldview, he urges confidence in Christianity, reminds the reader that evangelism and apologetics are linked, he commends acts of creativity to transform society and consistently calls upon reliance on the Holy Spirit.  His chapter on the fall of Constantinople was insightful and illuminating. I also benefited from his discussion of Francis Schaeffer’s comments on the Trinity.

The White Company, Sir Arthur Conan Doyle – A fun read, with great characters. This is a Y8 Free Read. Get the edition with the N.C. Wyeth illustrations!

At the Back of the North Wind, George MacDonald –  The story of a child, named Diamond, who makes friends with Death.
“I am always hearing. . . the sound of a far off song. I do not exactly know where it is, or what it means; and I don’t hear much of it, only the odour of its music, as it were, flitting across the great billows of the ocean outside this air in which I make such a storm; but what I do hear, is quite enough to make me able to bear the cry from the drowning ship. So it would you if you could hear it.’

‘No it wouldn’t,’ returned Diamond stoutly. ‘For they wouldn’t hear the music of the far-away song; and if they did, it wouldn’t do them any good. You see you and I are not going to be drowned, and so we might enjoy it.’

‘But you have never heard the psalm, and you don’t know what it is like. Somehow, I can’t say how, it tells me that all is right; that it is coming to swallow up all the cries. . . . It wouldn’t be the song it seems if it did not swallow up all their fear and pain too, and set them singing it themselves with all the rest.”

Morning Star of the Reformation, Andy Thomson – This book is popular with Christian homeschoolers, but I opted for other ways to cover the great work of John Wycliffe.

The Wise Woman, George MacDonald – Also issued as The Lost Princess.  “As time went on, this disease of self-conceit went on too, gradually devouring the good that was in her. For there is no fault that does not bring its brothers and sisters and cousins to live with it. By degrees from thinking herself so clever, she came to fancy that whatever seemed to her, must of course be correct judgement, and whatever she wished, the right thing; and grew so obstinate that at length her parents feared to thwart her in any thing…”

At the Still Point, Sarah Arthur (editor) – You’ll recognize the title from T.S. Eliot’s brilliant poem Burnt Norton.  This anthology, as well as Light Upon Light, listed below, is organized by the church calendar, and thematically gathers Christian poetry and novel excerpts into weekly sections to carry the Christian reader through the comparatively slow and uneventful period of Ordinary Time. Each week has about five poems or narrative portions, four or five suggested Scripture readings, and includes an opening and closing prayer.

Light Upon Light, Sarah Arthur (editor) – This collection is similarly organized, but covers the periods of Advent, Christmas and Epiphany. I found both of these books wonderful introductions to poets and authors with whom I was unfamiliar.

Persuasion, Jane Austen – Yes, this was on the 2013 list as well (and it’s on the 2015 list too!)  It is my favorite Austen novel.  The pain, and regret of being obedient, to the detriment of one’s own hopes and dreams, runs like a river through this book.  Here, the protagonist, Anne, must endure an evening in society with the man whose engagement she broke 8 years ago at the behest of her family.  She has always regretted it, and now must watch while he courts her brother-in-law’s young sisters.

“They had no conversation together, no intercourse but what the commonest civility required. Once so much to each other! Now nothing! There had been a time, when of all the large party now filling the drawing-room at Uppercross, they would have found it most difficult to cease to speak to one another. With the exception, perhaps, of Admiral and Mrs. Croft, who seemed particularly attached and happy, (Anne could allow no other exception even among the married couples) there could have been no two hearts so open, no tastes so similar, no feelings so in unison, no countenances so beloved. Now they were as strangers; nay, worse than strangers, for they could never become acquainted. It was a perpetual estrangement.”

“Many people visualize a God who sits comfortably on a distant throne, remote, aloof, uninterested, and indifferent to the needs of mortals, until, it may be, they can badger him into taking action on their behalf. Such a view is wholly false. The Bible reveals a God who, long before it even occurs to man to turn to him, while man is still lost in darkness and sunk in sin, takes the initiative, rises from his throne, lays aside his glory, and stoops to seek until he finds him.”

“We must set aside apathy, pride, prejudice and sin, and seek God – no matter what the consequences. Of all these hindrances to the search for truth, the last two are the hardest to overcome: intellectual prejudice and moral self-will. The reason is that both are expressions of fear – and fear is the greatest enemy of the truth.

Mistress of the Monarchy, Alison Weir – I picked this up in the gift shop at Agecroft Hall in Richmond, VA. We visited the reconstructed Tudor mansion in the Spring as part of our historical architecture field trips.  The family who built the home in 15th century England had a connection to John of Gaunt, Duke of Lancaster indicated by his coat of arms in the window.  Katherine Swynford, the Mistress indicated in the title, was married at a very young age to one Gaunt’s knights. After his death, she became Gaunt’s mistress, the mother of four of his children, and finally his wife.  Her sister married Geoffrey Chaucer. Weir is a popular historical writer, and the book is thoroughly researched and noted.  However, it took me quite a while to plow through it.

My Antonia, Willa Cather – So many people love Willa Cather, and this book, that I had to read it.  And now I have.

All the books are listed in the order that I read them, although I keep more than one book going so some of them overlapped.  If I decide a book is not worth my time, I stop reading, and don’t list it.

Thanks for stopping by Garner Goings On!

Nature is too thin a screen;
the glory of the Omnipresent God
bursts through
everywhere. 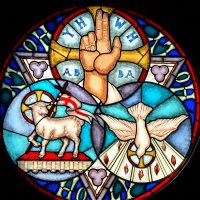 All photography and writing, unless otherwise attributed, protected by copyright 2009-2019 Sara Garner. All Rights Reserved.