I can only say that I went for years without knowing where Ephesus was located, or caring.

For years it was one of those smaller books in the back of the New Testament after Acts and Romans, in the general vicinity of Corinthians and Thessalonians and Galatians and Philippians, and I didn’t know where those ancient towns were either.  My knowledge of book placement in the  Bible was iffy.  My understanding of Biblical geography was laughable.

Likewise, the content of Ephesians was a mystery.  I might have remembered it was an epistle, and perhaps known it was from Paul since he wrote lots of letters to strange cities.  But I was clueless regarding many of the key passages that now have great significance in our homeschool.

I’m not alone.  Isn’t it amazing how Biblically illiterate church people are today?

Since we were parked for a while in the period of the Roman Empire’s blood-spattered transition from pagan to Christian, it made sense to read the Epistles during our family Bible reading.  Terri Johnson’s Map Trek book has been a helpful addition throughout our Ancient History studies, and I was delighted to see a map of the Journeys of Paul included!   So, in addition to reading the Epistles we have been mapping the locations of all of the early church cities.

If you don’t know, Ephesus was a large, wealthy port city of vast importance to trade.  Originally a Greek colony of Athens, the city was situated between two rivers that emptied into the Mediterranean on the west coast of Asia Minor, or modern-day Turkey.  It was a bastion of Greek culture and finance while it endured the ebb and flow of an array of empires, the Persians, the Greeks, the Pontic Greeks, the Seleucid Greeks, and the Romans.  Sacked by the Goths, and again later by Arab caliphs, while enduring an earthquake and the constant silting of its harbors, Ephesus struggled along until it was finally abandoned in the fifteenth century.   The ruins of Ephesus are no longer on the Mediterranean coast,  they are now further inland due to a millennia of silt deposits from the adjacent rivers.

Reckoned to be over a thousand years old by the time the apostle Paul visited, and home to one of the Seven Wonders of the World, the Artemis temple, Ephesus was not only a successful, wealthy and populous city, it was exceedingly corrupt, with established demon, spirit and mystery religions, Artemis and Asklepios cult worship, and bathed in blood from the coliseum “games.”  Pagan children were regularly aborted, and those children who made it to birth, if girls, were regularly exposed (infanticide).  Over half of the population were slaves, and non slaves were often so poor that they would volunteer for gladiator games in order to have food, and bedding, for a while anyway.

At the same time that we are reading through the Epistles, Grace and I are reading through the second half of Famous Men of Rome in History, (Nero, Caligula, Titus, Trajan and such) and I’m pre-reading Sketches of Church History from AD 33 to Reformation by James Craigie Robertson, and Saints and Heroes to the End of the Middle Ages by George Hodges, and slogging through Quo Vadis: a narrative of the time of Nero, by Henryk Sienkiewicz (translated by Jeremiah Curtin) for my personal fiction reading – all of which makes for rather interesting contrasts.   The pathetic lack of stamina and witness in America’s mainline protestant churches on key social issues springs to mind, and is appallingly cowardly when considered next to say Polycarp of Smyrna, Athanasius of Alexandria, or even Youcef Nadarkhani.  Many of our puny pastors grow pale with terror at the idea of bad press resulting from a Christ-obedient stance on abortion or marriage.  Clearly they wouldn’t have been able to stand firm facing down a lion or the lighting design in Nero’s garden.   I suppose it’s something we should all think about.

To further embed the geography and give us sense of the challenges faced by church planters, particularly those in the First Century,  Mr. Garner went into his extensive game closet and pulled out his copy of the Journeys of Paul game.  It’s a pretty game, with a large map, and colorful cards, the board is in the header of this post (if you click the title of the post).  We all enjoyed working against the forces of wickedness as we strove to establish and nurture our church plants while dealing with shipwrecks, bad weather, obnoxious pagan dissent and other obstacles.  To get a sense of the dangers have a look at 2 Corinthians 11:22-33.

On a lighter note, we were delighted to see that the history series “Drive Thru History” , previously outside our budgetary constraints, was streaming on Netflix so we watched all of the available episodes.  Although we rolled our eyes with impatience at the obligatory driving scenes, and the history is not in-depth, we did appreciate being able to see the ruins of Ephesus, Rome, Athens and many other sites of the Classical world, which combined with our other activities, added to our understanding of the early church.

Last year we memorized the Armor of God section from Ephesians using an Oh-So-Catchy-Song (really!) from the Harrow Family Sing the Word CDs that Sonlight sells.  In our reading this year I’ve found a few more stirring passages that we will use for copywork, and possibly memory work.   We really like this free printable illustrating the Full Armor of God (for young ladies!) from Nadene who blogs about homeschooling from her farm in South Africa and is a fabulous artist as well.

Finally, this reading of Ephesians 6:-17 by Maggie’s granddaughter…

This post was prepared (weeks ago) for Blogging through the Alphabet with Marci over at Ben and Me.  I think they’re on the Letter H or something, but it seemed a shame to waste it!

2 thoughts on “E is for Ephesians” 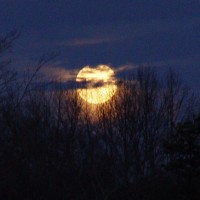