Burr!  The temperature really dropped as our studies turned south to Antarctica!  A fascinating, yet utterly forbidding place, Antarctica is a frozen continent, exceedingly dry, where winds up to 200 miles per hour roar across icy peaks creating an ever-changing topography.  It was the last continent to be explored, in part because it is difficult to reach.  The Southern Seas enormous rolling waves sweep around the bottom of the globe unobstructed until they encounter Drake’s Passage where Cape Horn on the tip of South America stretches south, and the Antarctic Peninsula reaches northward creating a watery traffic jam and funneling wave energy.  This narrowed section of the ocean results in the most treacherous seas in the world!  We found a few videos on You Tube by searching Drake’s Passage that show the sort of waves that are commonplace there.  Cruise ship in Drake’s Passage

It is also quite cold, and ice floes surround the continent sometimes for miles in each direction.

It was into these conditions that Sir Ernest Shackleton, and his doomed British Imperial Trans-Antarctic Expedition ventured in 1914.   And I found myself utterly captivated by this riveting tale of survival against the worst and worsening odds.  We hung on every word written by  Jennifer Armstrong in her book  “Shipwreck at the Bottom of the World:  The Extraordinary True Story of Shackleton and the Endurance.”  I also read  Elizabeth Cody Kimmel‘s “Ice Story:  Shackleton’s Lost Expedition.”

Shackleton had already been to the Antarctic with Sir Robert Scott, and knew what he was up against.  Most of the crew was hired after answering an ad promising “cold, danger and the possibility of no return.”  The promise was kept, and they began to discover how aptly named was their ship, “Endurance. ”  When the ship became frozen solid in the ice floe of the Weddell Sea just miles off the coast of Antarctica, the mission shifteds from the glory of expedition and history-making exploration to one of pulling together, and maintaining discipline and morale, in the struggle for  survival in this most hostile region on earth.

After settling in to wait out the ice for a few months aboard the trapped ship, the crew found themselves forced to camp on the ice itself when the ship collapses and eventually sinks under the crushing force of the ice.  Abandoning all but a few belongings, they strained to carry 3 lifeboats filled with tents, food and equipment across hills of ice.  This proved impossible, and giving up, they camped for several more months waiting for the ice to break up.  Fortunately, the ice flow moved them northward enough to strike out in the lifeboats to a rocky island called Elephant Island.  Finally on “dry land,” they realize that their expedition crew will not likely be found on the remote island, and someone must go for help.

Shackleton and a party of 5 men next ventured out into the roughest seas on our planet in a 23 foot lifeboat, the James Caird to get help.  The consistently cloudy skies and treacherous waves made the dangerous attempts to stand on the very small deck to get sightings fruitless. Yet, despite being caught in a hurricane and obtaining only four navigational readings during the 800 mile trip, Captain Worley’s innate skill with dead reckoning enabled him to find the proverbial needle in a haystack – South Georgia Island.  To really understand how amazing this is, grab your globe or pull out an atlas and look it up!

In our warm, dry living room, with cell phones and food that we didn’t have to kill to cook, our relief lasted only a moment, when we found that the drenched and weakened men next had to cross an unexplored mountain range, with no supplies, to get to the Whaling Station on the other side of the island.  With a 50 foot piece of rope, nails stuck through their shoes, and an unexplained sense of a “fourth man” guiding them, Sir Ernest Shackleton, Captain Frank Worley, and Second Officer Tom Crean miraculously made it after a 36 hour non-stop hike.

We camped on Antarctica an extra week in order for Grace to write a report about this extraordinary story, to study the abundance and startling variety of penguins in Antarctica, and to watch a few documentaries courtesy of our Netflix account:  Nature: Antarctica is pretty good addressing the nature of the continent;  Shackleton’s Antarctic Adventure: IMAX is fabulous and offers a helpful and interesting Family Activity and Teaching Guide available as a PDF.  The Endurance, narrated by one of my favorite actors, Liam Neeson, is also excellent.  A movie, Shackleton, starring Kenneth Branaugh, was my least favorite.

Shackleton’s legacy is rich now that he has emerged decades later from the shadow of Robert Scott and Roald Amundsen, his successful competitors in Antarctic exploration.  Sir Ernest Shackleton’s calm in the face of a seemingly insurmountable disaster, his extraordinary care of, concern and sacrifice for his men, and his ferocious determination that no matter what, every last man of his crew would return to England have made him a model for leadership.  Because his leadership was inordinately successful, each and every man did in fact survive the ordeal!

Sir Raymond Priestly, an explorer who knew Shackleton well said this, “For scientific leadership, give me Scott; for swift and efficient travel, Amundsen; but when you are in a hopeless situation, when there seems to be no way out, get on your knees and pray for Shackleton.”

As an update – we have subscribed to the RSS feed of a young British explorer, Felicity Aston, a former meteorologist and adventurer, who, outfitted by a Russian computer security software manufacturer (?!) will be skiing across Antarctica!  She is elaborately outfitted with satellite phones, MP3 player, and GPS.  You can follow her through her site, twitter and facebook, or through the Kapersky Lab website.  The website offers an interactive map showing her progress!

Antartica is week 6 of Sonlight’s Eastern Hemisphere Explorer curriculum.  I am just a bit behind in posting… 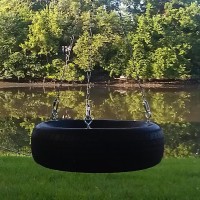 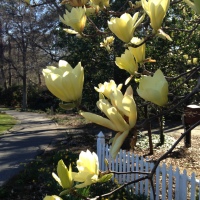